Get fresh music recommendations delivered to your inbox every Friday.
We've updated our Terms of Use. You can review the changes here.

by A Halo Called Fred 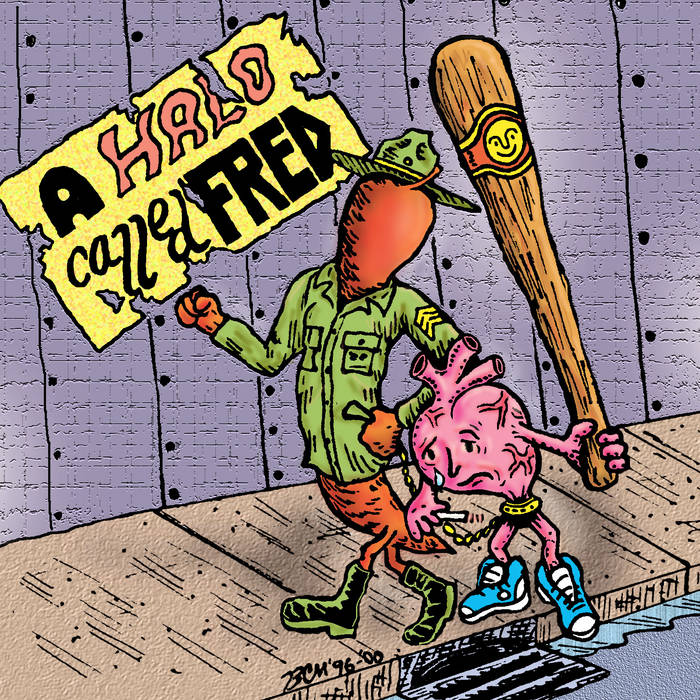 It was (just over) 20 years ago today that the greatest album ever recorded (according to Sir Paul McCartney) was released. This special Anniversary Edition includes the 1996 cassette tracks restored to their original flawless sequence, with nearly nothing missing. An A side of Pyrate Pop mostly produced by Claude Coleman Jr of Ween, plus a B side of Tupperware-enhanced low-fi folk punk by the greatest three-man/one-invisible friend combo of the 90s.

There will never be another Disneyland.

So went the words of America’s second favorite cryogenically frozen Nazi. Forty years and three Disneylands later, it seems the holy vision of these prophetic words is ever crumbling, as a once proud empire of propaganda cowers behind a mask of political correctness, swims in the blood of dead puppeteers, and tosses away a man’s vision for an ideal future in exchange for product endorsement.

But that man is back to avenge himself from beyond the grave. For in your hands you now hold the first Rock and Roll album featuring vocals by Walt himself. It appears that after A Hard Day’s Night in the studio, the Halo realized that their tune I Wanna Be Your Nose had only ­utilized seven of the eight tracks available to it, and proceeded to add an eighth track which may well have been a secretly taped ­conversation between Walt Disney and J. Edgar Hoover. Disney’s spirited Rock and Roll stylings dominate the song, and permeate the mood of the entire album. Although this mysterious eighth track never made it into the final mix, critics everywhere are sure to agree that the album is Disney’s greatest creative achievement to date.

In another forty years, Disneylands will be a dime a dozen. But of this, there will be no doubt in anyone’s mind:

There will never be another Sgt. Pepper.

Players: Geverend (and his invisible friend Chester), Brushwood, Jim Bob, plus Gerrymiah T. Bullfrog on tracks 1-7, which was produced by Claude Coleman Jr.

The other tracks proudly produced by no one, except track 10 by Jeremy Scott, and track 14 by Bill Hahn and Sean Carolan.

The finest guitar, bass, violin, and Tupperware band in all of time and space, geek-rock legends for over 25 years.

Bandcamp Daily  your guide to the world of Bandcamp